is quoted saying 'it has quality fine textured meat, with a minimum of fat'.

is known for his quality meats.

Some of our past South Suffolk sheep Stamped his big stretchy correct frame on his progeny

AI from Sinbad is available Pablo has left us with good quality progeny

Samson weighed over 140kg at the Melbourne Show in Sept 2003. W.D Aussie was the matching of multi Champion W.D.O102, (his dam)

AI is available from Mitch 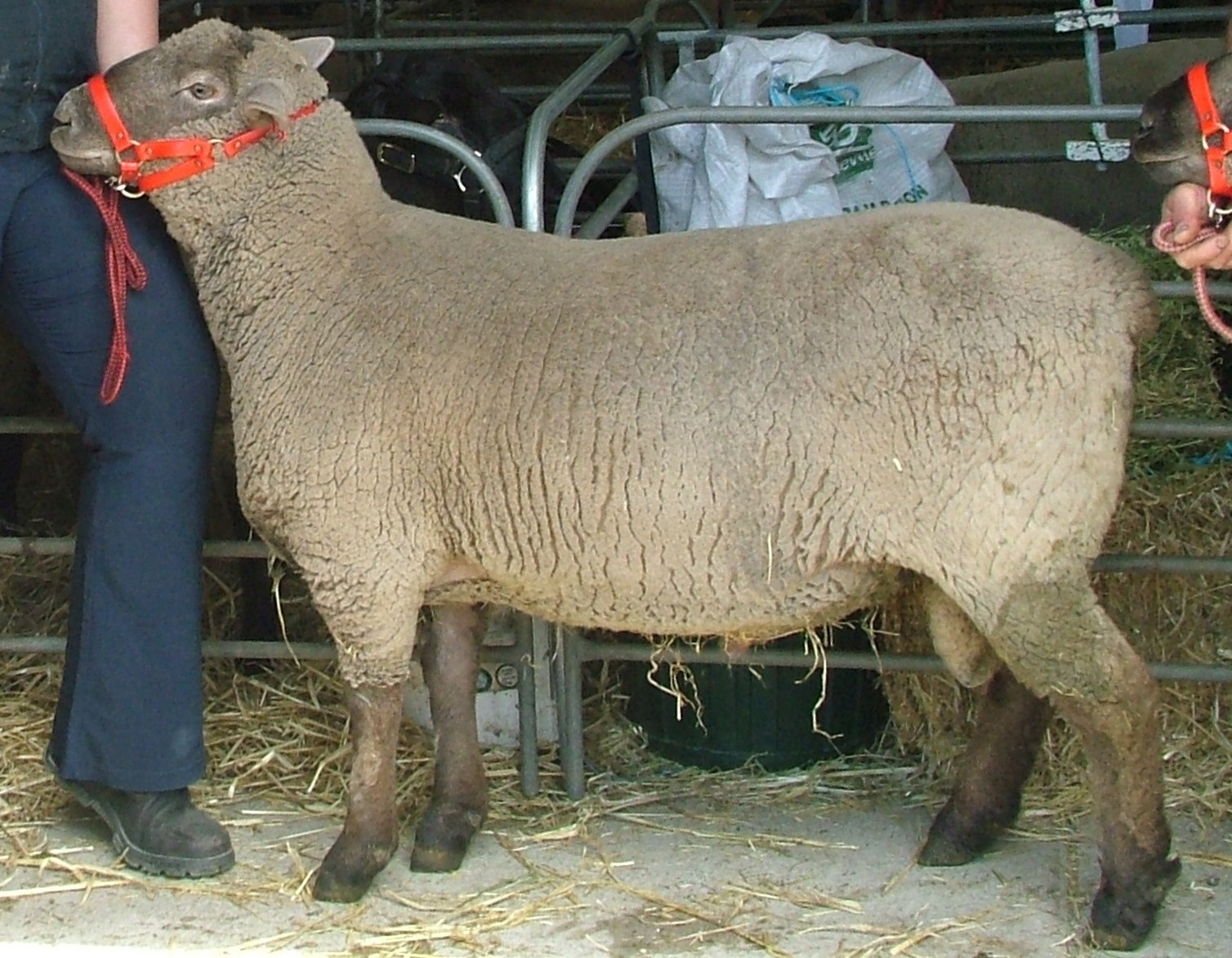 Mitch placed well in all shows he attended W.D.Guy had limited use in our Stud for one year as a  young ram, before his untimely death in 2005.

He did exceptionally well at all Shows he attended, with Supreme shortwool sheep of the Warrnambool Show 2004,

being a highlight of his career. In 1997 the Stud attended the Portland show.

The Group won the Champion INTERBREED Group of the Show. Garry was used  over our Ewes, producing some quality offspring. He is pictured above with his Champion Ram ribbon from the 1997 Heytesbury Show. Grant was the first Ram the Stud bought to put over it's ewes, his first drop of lambs for Willow Drive was in 1994 Wanda won many ribbons in her short life including - Tragic loss of B102 in 2009 after achieving Multi Champion wins. 2012 the line still goes on, with WD Willow, daughter of WD Wanda having a successful show season. Champion interbreed ewe at the Warrnambool show Nov2012 Dora Won many Championships, pictured above with Ribbons from the Portland Show Jemma was a Multi Champion, also Winning the Best Hindquartered Sheep of the Heytesbury Show 3 times.